Recently I have found myself carrying, when I travel with my wife and am focused on more then just photography, smaller cameras.  I leave the big DSLRs at home or in the trunk of the care, if brought, and only bring it out occasionally when I go off by myself to capture light before others awake.

Perhaps, I am becoming a minimalist for some occasions after spending so much money on big full frame DSLRs and expensive lenses.  If you know how to capture images and know your camera, you can do wonders with the little cameras.  I have a Fuji X10 and X100 as well as my older P7000.  They are marvelous to carry...so light and so much less bother when with others...just pull it out, point and shoot, but always with a sense of capturing a wonderful image to remember an experience with.

I see that Nikon is coming out with the latest P7000 series sometime in September. It is called the P7800. I remember a little over two years ago, I bought the P7000 before my trip to Utah on www.nikonians.org ANPAT 11 (annual nikonians photography adventure trip) to carry with me on my belt to supplement my two DSLRS. I soon discovered it could capture some stunning images. Subsequently, the P7000 morphed into the P7100, then the P7700 and now P7800 is coming. That is a lot of $500 camera upgrades in a short space of time for a high end small sensor point and shoot class of camera. It has manual, aperture and shutter modes in addition to program and automatic. It shoots RAW, too. I still love my P7000 and seriously doubt I will upgrade anytime soon. Yes, it focuses a little slow and has a few quirks that were improved upon in the subsequent upgrades, but with patience and practice, it captures some very nice images and is really light to travel with when I don't want to carry my D90, D600, D7000, D700 or D800.

I took many photo's at my mother-in-laws house in Richmond, Virginia of Zinnias and Butterflies a week ago. Here is one that I think shows the power of the P7000 and what that little camera can captures handheld. It shows some decent shallow depth of field, and nice control using aperture priority to manage that DOF. By the way, the P7000 and P7100 had optical view finders which helped a lot in both of these images. The later versions (P7700 and now the P7800) do not have optical view finders (sigh...not a fan of that route by Nikon). 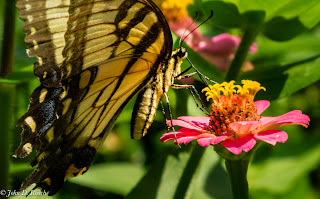 The Bryce Canon image was taken handheld with the P7000 at ISO 100, f3.5, 1/850s, Program mode, while I waited to set up my tripod with my DSLR. While some of my images have been exhibited and received a few accolades that were made with my DSLR from that trip, this is the only one that has consistently got praise for the way the camera captured the light (isn't that what it is all about) of that glorious morning in Utah. 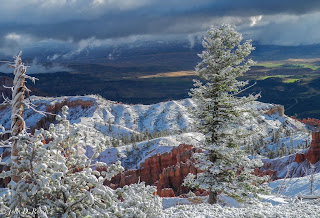 So remember even the older sometimes maligned cameras can give you great pleasure, it is just about how you use them.  To see more of my images as I Bum around the World, visit my website at http://www.jdroachphotography.com.